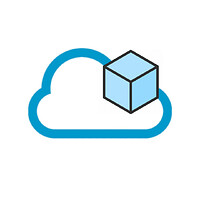 Hello world!
We welcome everyone to share ideas about dCloud present and future.

dCloud idea was born back in 2020 from community feedback on BitTorrent telegram chat, after the BTFS v1 main net release we all wanted to have decentralized dropbox-like mobile app in which you can easily backup your data without giving away your freedom, privacy and big bags of money.
When BTFS v1 airdrops began some advanced users from the TRON SRs and Devs discord channel took the lead and started to create host nodes on servers, laptops and even Raspberry Pis (which, based on experience end up being the hosts favorite setup) . We all shared ideas on how to make nodes more energy efficient and improve the overall node stability to get more contracts and thus more $BTT.
More and more people were interested on having their own nodes to enjoy the airdrops coming from BitTorrent team, thus, users with high cost servers started to get burn due to a higher competition with smaller and more energy efficient nodes. A clear path was paved favoring small nodes over big servers. Fairness and decentralization is possible with BTFS.

October 2020. BTFS was compiled and executed for the first time on a physical Android device using Termux terminal emulator, this gave us the confidence on the portability capabilities of BTFS and the architecture proposal of dCloud was born:

By separating dCloud code like this we’ll be able to reduce the developing effort. BitTorrent team delivers the binaries, dCloud team devs focuses on implementing them to the specific OS environment and code a single Graphical Interface for both major mobile platforms: Android and iOS.

Mid 2021. Android OS bootstrap is completed and basic GUI is developed for BTFS v1, however we faced major roadblocks to make the app available on Google Play due to Peer to Peer code restrictions by Google Play policies, so the development switches the effort towards improving the app instead of complying with Google Play.

Now on Feb 2022 after thousands of code lines and tons of passion dCloud is a reality (not perfect yet but working towards it). We have released a BTFS v2 compatible app and proudly can say it is now in a proof of concept stage. Basic UI functions for Android are implemented as well as out-of-the-box FULL BTFS v2 node features.

dCloud Github repo has been released as Free & Open Source since May 2021 and will continue like this forever. We believe that keeping a FOSS will boost dCloud development in the future and will encourage further ramifications and use cases for both BTFS and dCloud. Being a FOSS project does not imply it won’t have a revenue stream, it just means anyone can collaborate to improve it or to build on top of it.

Feel free to chit chat about dCloud in here

Thank you for taking the time to inform yourself more about us. Means a lot

We appreciate your feedback, however this kind of uses cases are more related to projects like wink

. Would be an interesting game honeslty

It is very good today to set up a node on a PC, because imagining achieving it on a mobile phone is going to suck, this great project is very successful.

I love the idea! Nice project!

hello everyone! nice to meet you!

Thank you ! , don’t forget to vote for us if you haven’t done so far

nice project you have here

Thank you Tor! We will always work to provide the best product to our tron/BTTC communities

How much are the bounties ?