What is TronNinjas all about?

At its core, the Tron ninja arcade was born out of love for something which died long ago; playing games in arcades was more than gaming; it was a social hub for people when not everyone could have a computer. You would spend your days with friends competing, playing, and socializing at your local Arcade — That is what we are trying to encapsulate here; not only playing games but the social aspect of Tron Ninjas is as essential. We are trying to digitalize the local Arcade and bring back an old art form in a new medium.

We started the project to release a set of arcade games that people could play using their NFT attributes to gain an advantage. The original roadmap outlined that once the Ninja Minting was complete, we would release our first game.

As in life, things do not always go according to plan. Before minting had been completed, we released our first game Ninja Pacman and launched our P2E system, allowing users to earn Tron Ninja Tokens (TNT) while playing games. The response from the community was positive the game was received well, all who play it enjoy it. It’s important to note that our roadmap is fluid; we believe this approach allows us to set a plan of the minimum we can achieve in the given time and allows us to react to growth.

The first TronNinja gaming tournament went live and was a roaring success, and the event was sponsored by many great Tron projects that allowed us to offer up a $2000 prize to the winner. We intend to keep having weekly events that bring people together.

What’s a token without a market?

We launched on JustMoney.io to allow the Ninjas a place to trade their earned TNT.

We are continuing to grow our platform, maintaining and improving our system with the help of the community — Every week, we host a 48-hour tournament with prizes for the winners. As the community grows, we grow with them, providing valuable feedback on the system and what they would like to see in the future.

Our plans are not dependent on the TronNinja Minting being complete; however, our fluid roadmap will change once complete. Our ultimate goal is to enter the metaverse space. The whole ninja Arcade was born out of a love for something that was lost long ago; playing games in arcades was more than gaming; it was a social hub for people back in the day when not everyone could have a computer. You would spend your days with friends competing, playing and socializing — That is what we are trying to encapsulate here. Welcome to the Ninjaverse, a mini metaverse where people can meet, compete and socialize, a game where you can walk around interacting with each other. Your Ninja NFT’s gaming attributes will give you better game ability. The Ninjaverse is full of Arcade machines; you walk up to one, take a TNT coin out of your pocket, it zooms in, you play the mini-game. There is a massive leader board in the centre of the room when there is a tournament on; everyone can see their scores. There will be many events in the Ninjaverse. This is our vision! Like a mini Roblox style world full of arcade machines that anyone can own!

Upgrade the P2E system which will lock 350 Million TNT into a smart contract. Users will then be paid out via this contract. The team will no longer hold it in the game wallet.

Change the P2E system to allow sending on TNT from earnt games to the staking contract. For each 5 TNT earned while paying games, 1 TNT will be added to the staking.

Upgrade the system to allow for the communities’ battle and two-player battles.

Expect to release MacOs and windows desktop versions of the TronNinja App. This application will improve the current system.

Please note this roadmap is fluid. If we can complete minting, then plans will change, and we will start work to enter the metaverse space. This roadmap will be updated to reflect any changes. Details one TNT Tokenomics can be found here 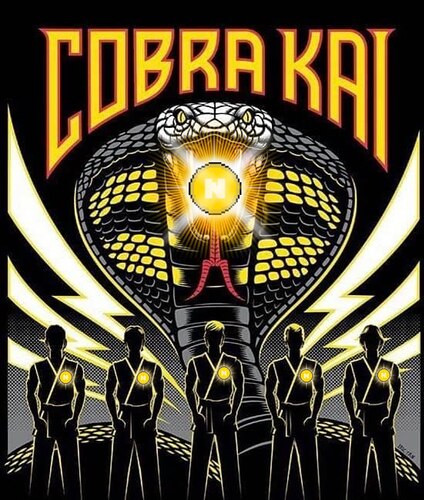 Is it planned in the future to achieve the videogames consoles as PS, NINTENDO AND XBOX?

It s a Great game!! Woow

play to earn is fantasy.
interesting…

interesting concept, hope it works for you

This is very well thought out, ad revenue pays for the tournament prizes which drives traffic. I love tnt, they have been growing at a nice pace!

Got me some ninjas!!!

Stake them. You will big soon

What you think about the rebrand?