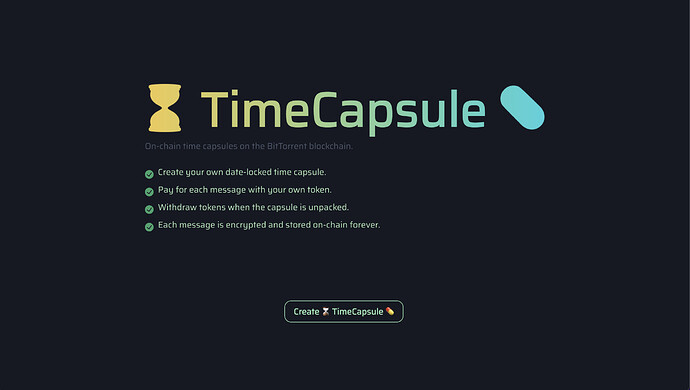 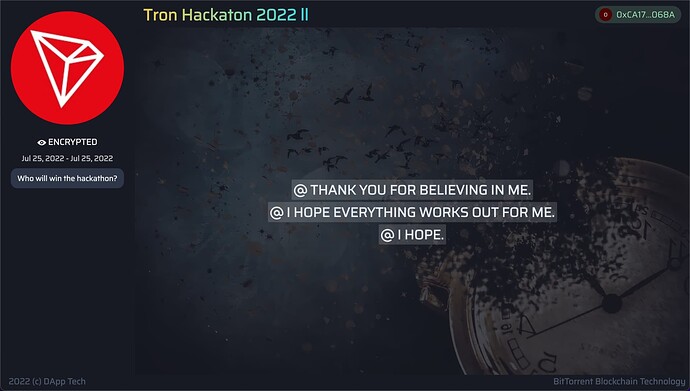 I wanted to create something magical.

I will make a more convenient user interface.

Hi friends, you won’t help me in testing

Write your message in the time capsule, let’s find out who guesses the winner of the Hackathon 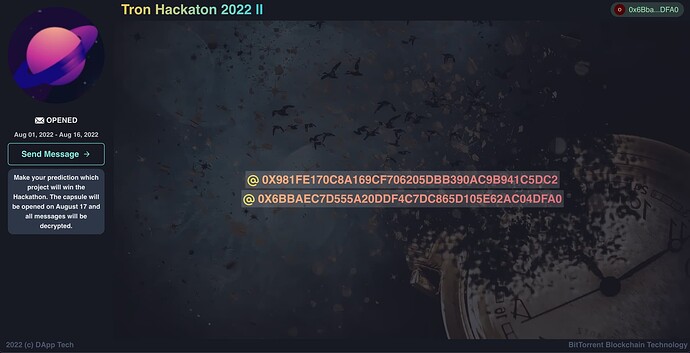 Create your own capsule, where your fantasy will take you, how you can use it

So they are encrypted messages. But how are they published?

So they are encrypted messages. But how are they published?

Thank you for your interest.

When a capsule is created, a public and private key is generated.
Messages are encrypted with the time capsule’s public key.
The owner of the capsule must save the private key in order to decrypt all messages in the future. 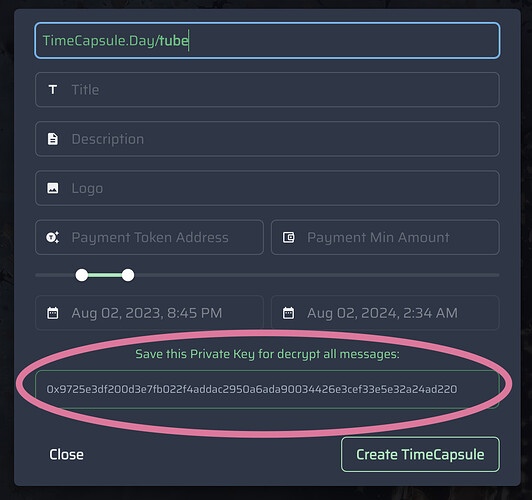 You can make sure that all messages written in the capsule are paid by paying with the capsule creator’s own token.

There will be a script in the future to delegate the decryption of the capsule to a third party.

I love that there still are developments on the Bittorent blockchain

Hi, I don’t know if it’s possible to create multiple accounts on twitter with the same phone number.
For now, my strategy is that everything should be open source, so everything is published on git. 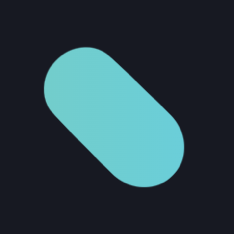 I think the BitTorrent blockchain has the advantage of having the same wallet addresses as Ethereum.

bittorrent was a pioneer in decentralized technology, adding it up with blockchain will make it more advanced

This is Interesting! I am anxious to see it fully deployed

How do you see the project in the next 10 years? 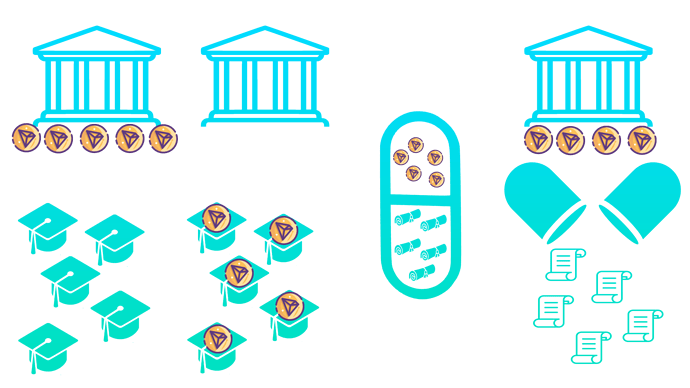 I think it is possible to make a market for capsule tokens, thus creating a value added to them.

This is a great project. Go team!

Do I still have time guess the winner of hackathon on capsule?

The capsule is already packed

Great project! Keep on building! Such features are desirable! 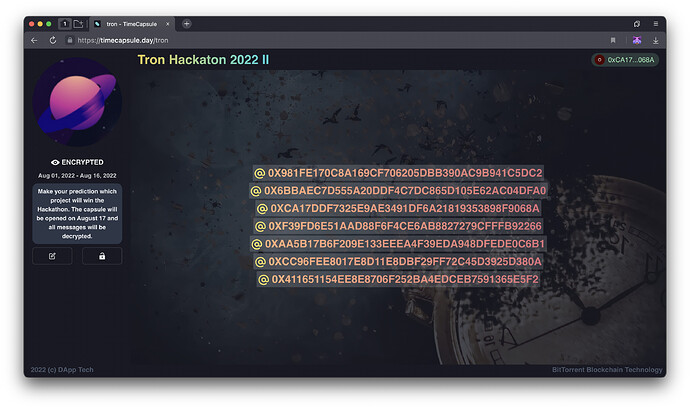 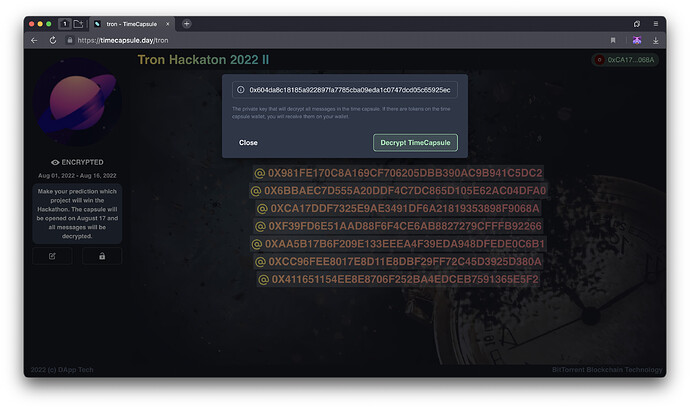 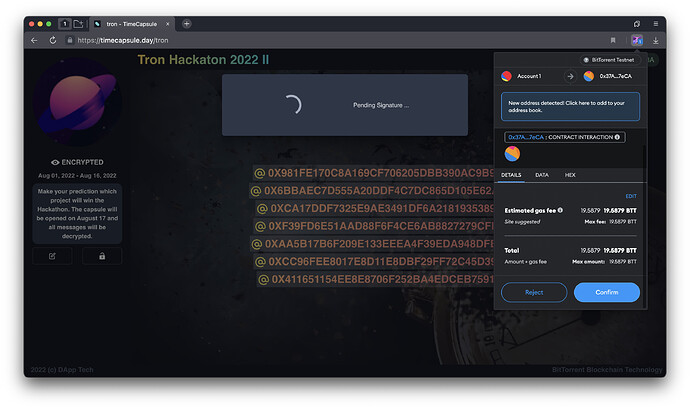 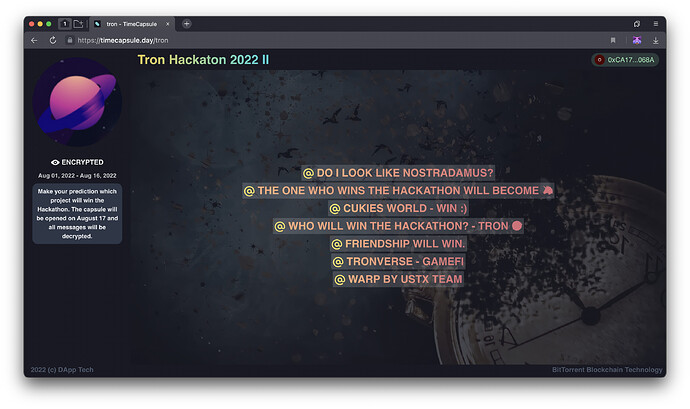