Project Goal: Our dream is to reward every person on earth for spreading & collecting funny memes. We are the first multichain meme aggregator that redesigns meme culture for communities. 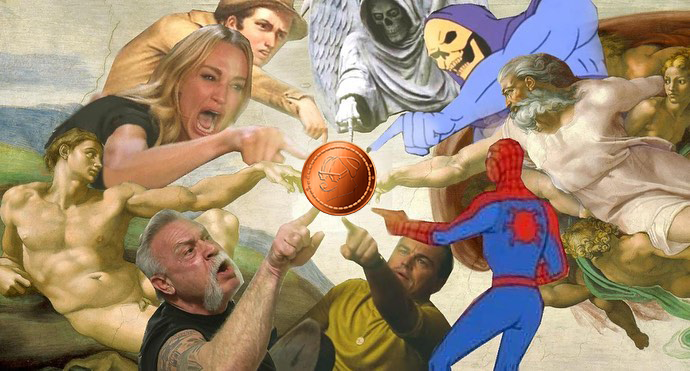 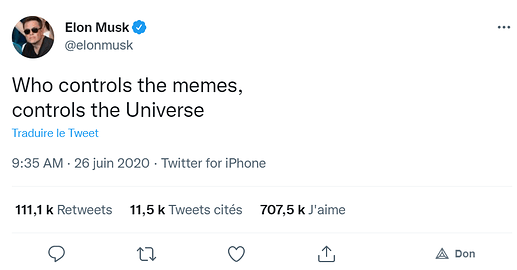 Our vocation: to rule the world with memes.

In our ecosystem, users and communities can make handsome earnings by creating, sharing or collecting funny memes that will spread everywhere.

Before joining our community, there are a few things you should know: Tokenomeme – Ain’t Nobody Got Time for That 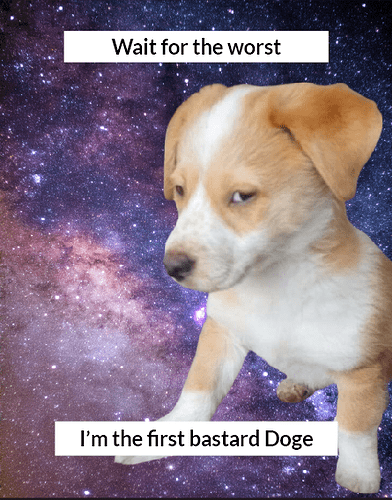 In the beginning was the Woof. Chinkies created the world in six days.
On the seventh day, he ate his master. His last refuge: memes and crypto.
After watching the official video of the Doge a hundred times, he built his rocket to join his idol.

On his way, he met some memes creators, who were all ignored. So he created Tokenomeme to help them live from their passion. His goal was clear: to make memes the first moon art.

Thanks to his multichain meme aggregator, he could pay the artists and bring his collection of tokenized memes with him to the moon.
He could end the war between Doges & Shiba killers!
To help him, he would gather the largest existing meme community.
Under these conditions, the way to the moon promised to be co(s)mic.

Doest thou bring thy memes to Tron or BTTC good sir?

Is the token taxation for selling only or for any kind of transaction (buys, sales, transfers)?

Is the token going to be bridged (and the total supply shared between ethereum - polygon - bnb chain - tron)?

Have you thought about listing the token on just.money and use our evm-tvm bridge?

Fantastic project. With the evolution of memes and the values it bring to the industry, there’s no doubt a project like this is needed where meme creators will be rewarded for their creativity. Good luck to you as your project is set to achieve so much milestones

Really interesting idea, with it being multichain, which chains are you looking to launch your token on and how will you ensure liquidity on all of the chains? Can you also share your planned tokenomics as in my experience, poorly planned tokenomics have destroyed many meme projects

How would you rate the memes?

Yes, Memes will be on Tron or BTTC (and also Ethereum, Polygon, BNBchain). We really have a multichain vision. Over time, we want memes on every blockchain

Token taxation will apply to most transactions. The goal is to reward our holders, get people involved in Tokenomeme and create a self-sustaining ecosystem

However, we prefer to exclude any taxation on transfers between two blockchains.

Yes, our token will be bridged and the total supply shared between ethereum - polygon - BNBchain - Tron.

We haven’t thought about using just.money, but it could be a great idea!

Thanks for your support! Everyone should be rewarded for creating and sharing memes. That’s why we invented Laugh-to-earn

Chinkies wants to build the most fucked-up place for memes

Wow! That looks like an interesting idea. I’ve been always supported new things, especially about memes haha. Good luck on your project sers!

For a potential fair launch on launchpad.just.money you can hit me a dm here or contact us on telegram @justmoneytrx). As you planned to launch the token in 19 days, would have to check it out asap

Good luck for the hackathon!

We understand your concern. Tokenomic is really important to us. We want massive adoption, so we are planning everything as if we will reach 6 billion users over time.

Initially, we plan to deploy the smart contract on 1 blockchain (probably Tron, polygon or BNBchain), and then bridge to the other blockchains. There will be a vesting period for the private sale and the first round of BONIES sales. After that, 2% tax fees on each transaction will be allocated to the liquidity pools. We will make sure to distribute the tokens among the different blockchains, and maximize the total value locked.

In addition, our two BONIES protocols make our tokenomic scalable. Every reward on the website will be off-chain points (like loyalty points), and people will be able to swap them into on-chain BONIES tokens whenever they want.

The Tokenomic is like an economy. It needs to be able to evolve, and our protocol is built that way. So we plan to hire economists and market makers to improve our tokenomic over time

Also: we won’t. Users will do it.
For aggregated memes, they should already have been rated and moderated on their original platform (reddit, 9gag…).
We will use the upvote and downvote system to calculate a ratio.
Example : 184 votes, ratio of 96% => It means that the meme has been very appreciated.
But to be honest, this is something we still need to improve. If you have any suggestion, feel free to share it with us

Thanks for your support!

Thanks! I’ll send you a dm on telegram

Thank you! It always warms our heart to have people interested in our project and motivates us to build even more for the community

Very interesting! I’ll thinking on it. What channels are going to be sourcing from? It would be interesting to see the different favorite memes across platforms

At first, probably reddit and 9gag. But that’s not limited. We’re going to provide tools that people can use to aggregate the feeds they want. They’ll just have to enter the URL of the page to aggregate the memes on it

UPDATE 07/07 : We are running a Meme contest to celebrate our participation to Tron DAO Hackathon !
Share your best meme to support us

Love it! Excited to see how it goes