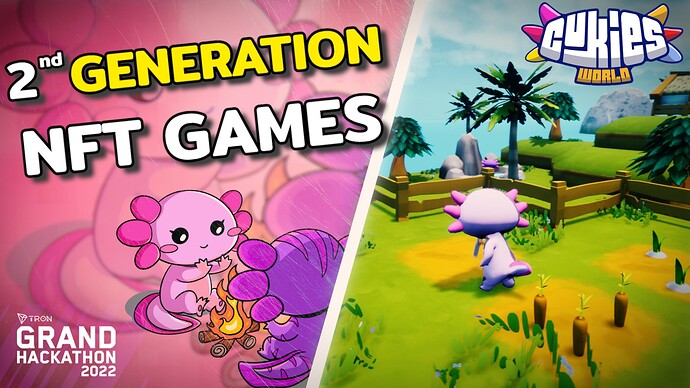 We are 20+ teammates with wide experience in different areas related to gaming, such as but not limited to: art design, illustration, animation, music & sound effects, modeling, p2e economy and game development.

Part of the team is dedicated to full stack and blockchain development, taking care of the smart contracts and how they interact with our marketplace and staking platform.

We noticed that most play-to-earn games are focused on PVP modes, and Cukies World is essentially the opposite.

Our main inspiration is Animal Crossing game. We decided to create the infinite archipelago: an open world that gamers can explore at their own pace, building their own space and discovering something new every day. 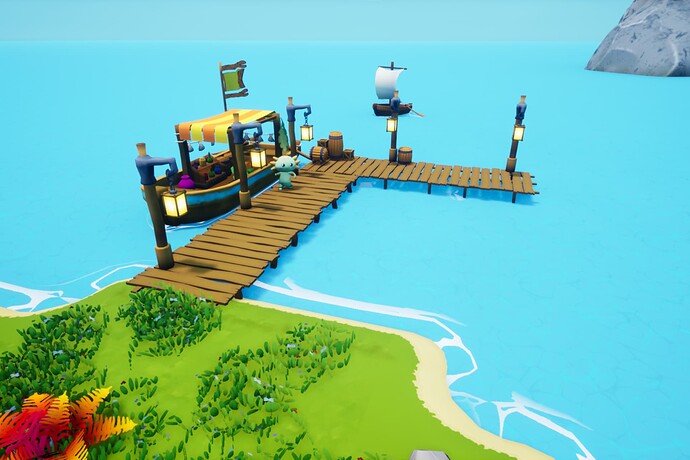 We aim to make Cukies World a family friendly game, where users can chill, meet new friends and cooperate with them to complete different missions and share some rewards.

Eventually players will be able to compete with others, but we will keep the essence of Cukies World, making this happen in friendly and funny mini-games.

Cukies World is a Play-and-Earn game where each player will control a Cuki: an NFT representing the games’ main character. 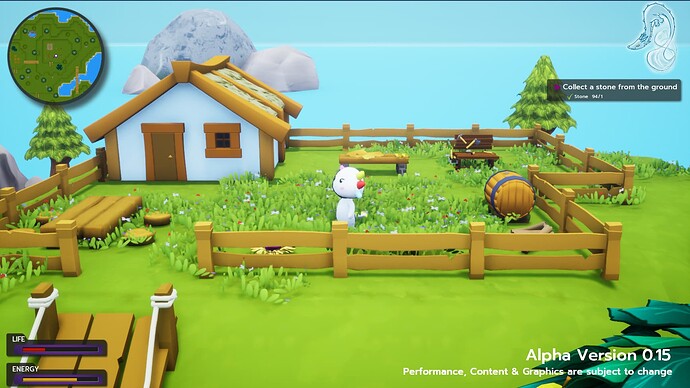 There are only 12,000 1st Generation Cukies, which have already been minted by our community (2,700+ holders). We call them the Original Cukies.

Cukies have 2 status bars that represent how they are feeling: energy and health.

Cukies’ health will decrease as they play, and they will need to eat something to refill the bar again.

Cukies’ energy will be used to accept different missions and tasks, and Cukies will need to take some rest in order to recover their energy before they can continue playing. 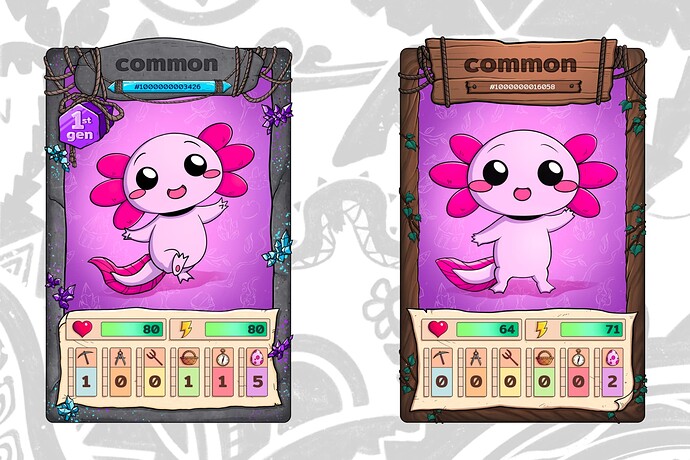 As you play with your Cuki and complete new missions, you will unlock different mechanics and your Cukies’ experience will increase, allowing them to improve their skills. All Cukies have 5 different skills that they can improve: miner, engineer, gatherer, farmer and scout.

There are 6 different types of Cukies, based on their rarity: Common, Uncommon, Rare, Epic, Legendary and Goat. The rarer the Cuki, the more energy and health he will have, and the more skills he will be able to improve. 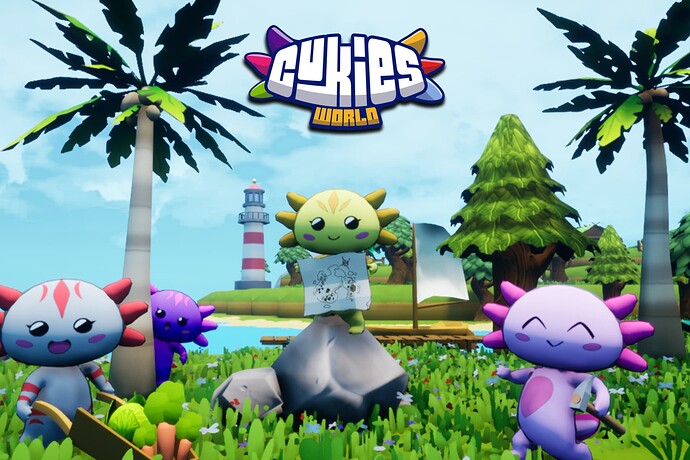 Original Cukies have also the ability to breed up to 5 new baby Cukies, that once they grow up, will also be able to play, improve their skills, breed and build their own story.

Cukies World is a Play-and-Earn game, where you can play at your own pace, with no stress. You can slowly work on the island where your Cuki lives, to improve it and make it look exactly as you would like, similar to games such as Animal Crossing.

As you progress you will be able to perform different missions and tasks and earn Gem Dust (GEMD), the internal token of the ecosystem, that you can use to progress faster, but that you will also be able to swap for real money. 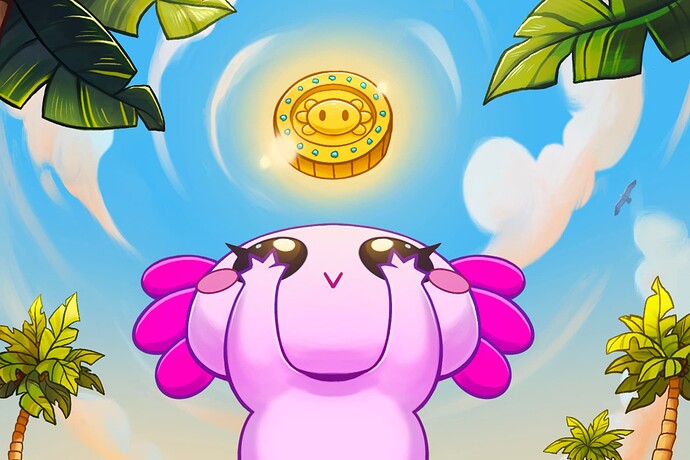 For the creation of the islands, we are using procedural generation, which makes each island different, as their design and biome is created randomly based on our algorithms.

On the one hand, this offers players a better gaming experience by providing almost infinite exploration possibilities as well as unlimited gameplay, and on the other hand, it provides the possibility of creating a large number of unique and customizable worlds. Each island will be unique depending on its geographical characteristics, its location on the map and the number of resources it has.

This concept of uniqueness led us to think about the idea that each island could be an NFT in the future and, as such, has its own business logic.

As in the real world, a fertile island, with crops and infrastructure, will not have the same value as a land without care and over-exploited.

We are working on some innovative ideas for island NFTs, stay tuned!

We wanted that our token holders could feel part of Cukies World, that’s why we worked on a tokenomics model where holding UKI token is pretty similar to having some shares of the company.

UKI token is deeply integrated in Cukies World ecosystem, and it will be required to perform vital in-game actions: players will need UKI to breed, to improve Cukies skills, and to craft new gems. 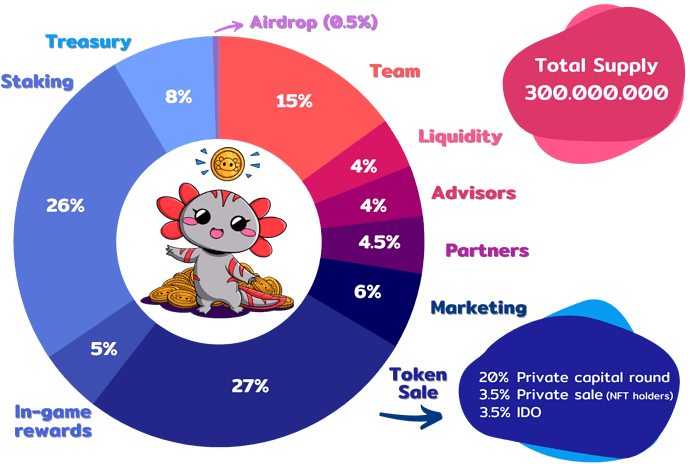 40% of all UKI tokens used in-game will go to a reward pool. As a UKI holder, users can stake their tokens and get these rewards, vote on key governance decisions and treasury management, ultimately decentralizing the game economy.

As the game community grows with new players, the rewards for UKI holders will also grow.

Making the game accessible to people with low economic resources is one of our main goals, and that’s why we have dedicated countless hours to design a safe, fair and intuitive scholarship model.

Simply put, this is how everything will work:

Cukies’ holders willing to lend their NFTs will be able to select the % they are willing to share to the scholar, and the in-game experience they require to use their Cuki.

On the other hand, scholars will be able to navigate all the Cukies available to play, and select the one that fits better their needs. As they play they will gain more in-game experience, allowing them to get access to better Cukies and conditions as they improve their gaming experience in Cukies World.

All this will be managed within the game, so our users don’t have to worry about anything. 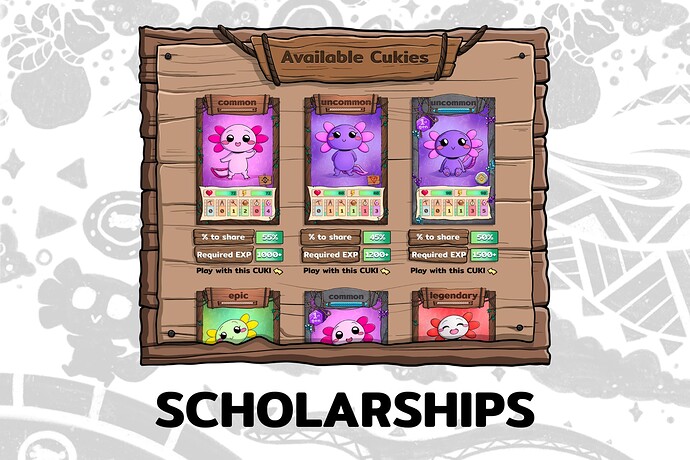 As much as you may like playing alone, sometimes you want to chill with your friends. Get ready to create a team of Cukies with different skills to perform missions and challenges that a single Cuki couldn’t face!

This game mode is under development, and scheduled for late 2022.

We know how much gamers love to customize their characters. This is what skins & emotes is about. Users will be able to change their Cukies’ appearance completely, making them look unique! 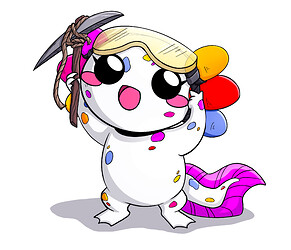 There will be tons of different skins, that users will be able to get in many different ways: 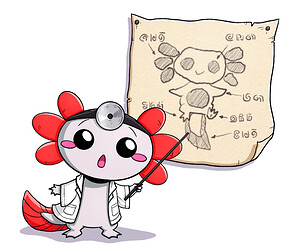 Skins will also be NFTs that can be traded in the marketplace(s).

We have already released a fully functional platform where users can connect their Tron wallet to see the Cukies they have and use them in many ways:

Since we released the marketplace users have made trades valued on $250k+ USD worth of TRX. We have added several sort and filter options, so users can easily find exactly what they are looking for.

The marketplace will not be used only for Cukies, but it will allow users to trade resources, gems, skins and most of the stuff from the game. 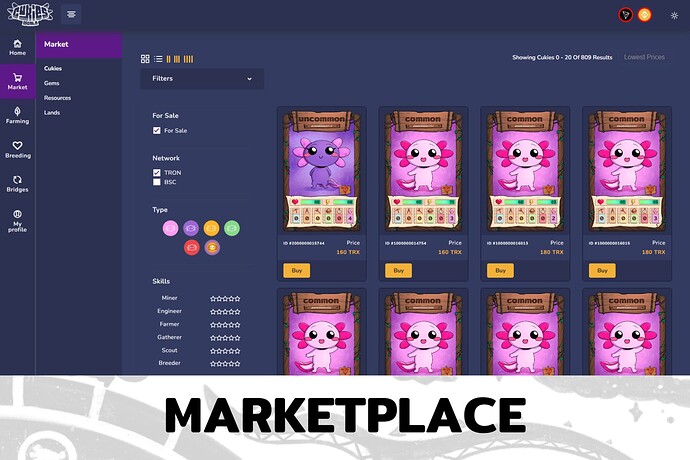 As a way to reward our early supporters, we have enabled the NFT staking, where users can stake their Original Cukies and receive Cuki Points.

These Cuki Points will be used for many things in the near future, such as but not limited to: 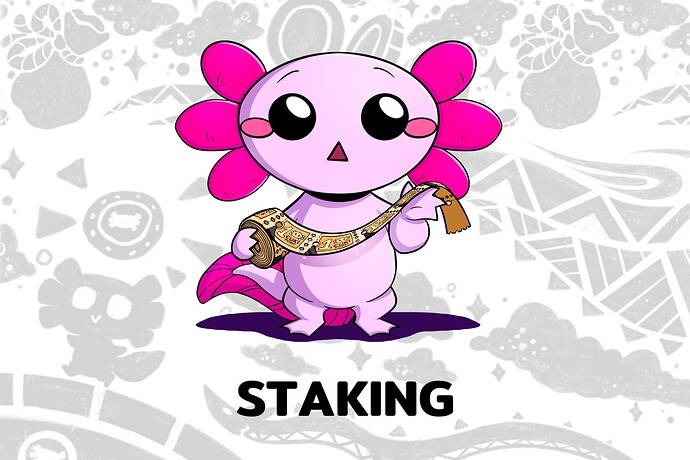 We have developed a breeding platform where users can use their Original Cukies and their Cuki Points to breed a baby Cuki, totally free. 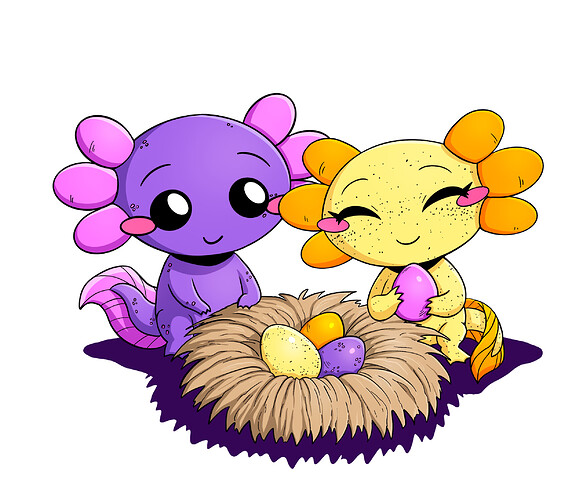 We want to make it as simple as possible for users to play our game, that’s why Cukies World is working to be multichain. We have already created a bridge for NFTs between Tron and Binance Chain, and we are planning to bridge to other chains in the near future. 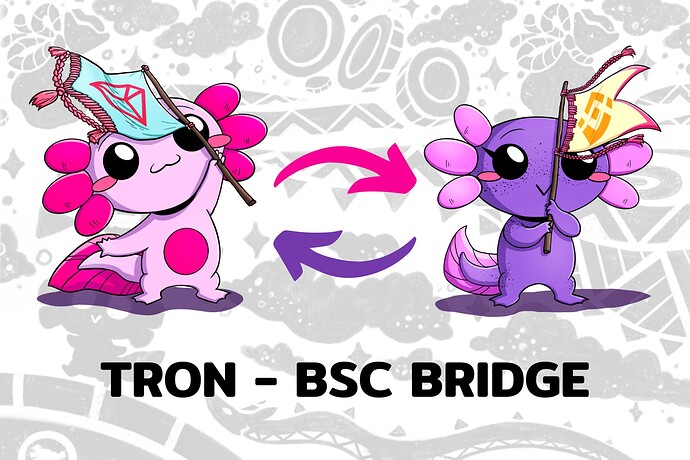 There are several things that we have achieved so far: 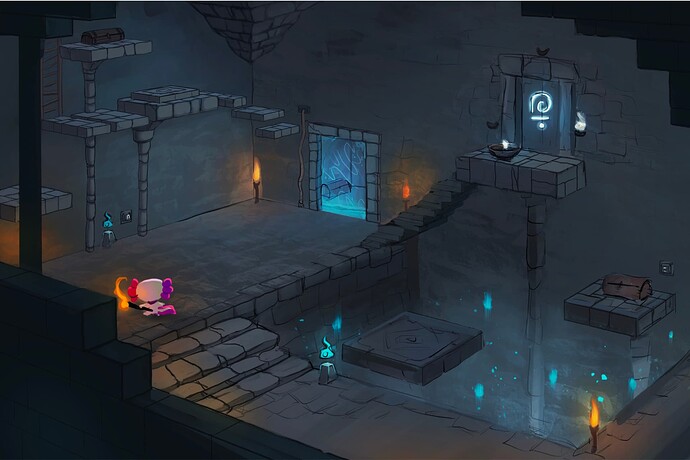 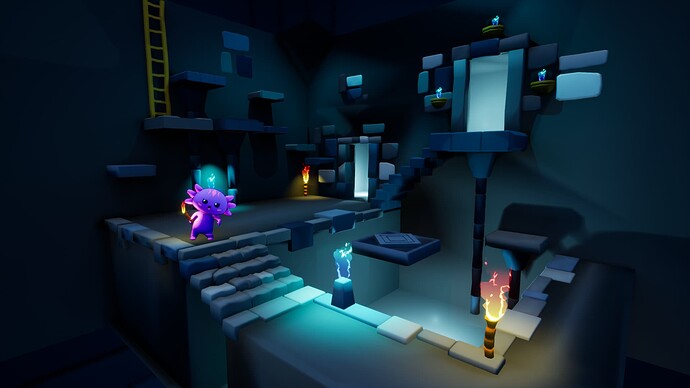 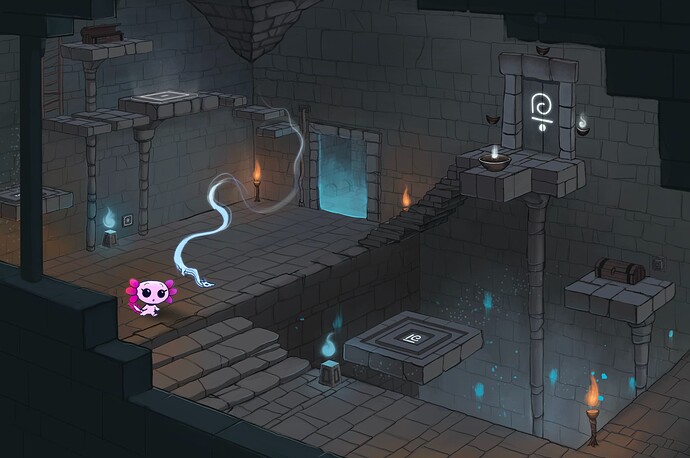 Oficial Note: As you may be aware we have been running a little promotion ($1k worth of UKI tokens to be shared amongst those members supporting our project). Some other projects reported us about vote-buying practices, and we want to make a clarification about this:

We will update the main thread with this information, and will share it in private to the forum admin. We would appreciate that any decision on this could be shared in the thread in public, so our community know about it and we could refer to it.

175 Likes
Grand Hackathon Season 2 - The Grand Summary of Projects for Lazy People
What is the best project to vote for in hackathon 2.0?
Have you found a favorite yet?
Cual es mejor proyecto NFT?
What are some good tron nfts?
Hackathon 2022 S2 - Vote for your favorite projects here!
Recommend best options for chosing a project
The TRON Grand Hackathon 2022 Season 2 Winners Announcement!
lopeed July 24, 2022, 9:16pm #2

Awesome project and stronge community!!! We can win this hackaton!!!

Why Cukies World is the best game?
Excelent Project

I can’t wait to play this game. How long will the game be released?

I am very excited to be a part of COOKIES!

So excited with this game! And the cukies are soooo cute!

I minted 3 originals and got 2 rares, and thanks to Cuki Points have bred and got 2 more, looking forward to the $UKI Token launch and final game version, best of luck to the Cukies World team, fantastic job!!

Very excited to be part of this project. A game with a lot of future in which I’m sure many people will play.

I am so excited with this project!! Cukies World is next level of NFT games!

You can check it here:
whitepaper.cukies.world

It’s about time to make some noise about Cukies World in Tron community, let’s do it!

Thanks Cristian for your kind words! I don’t know if we are the best game, but we are working tirelessly to keep improving every day

It will be a successful game for all the dedication they are putting into it. excellent keep doing

Very excited about this project! I want to make my cukies work hard!

This project has a great future!