Roblox Killer - A game design, publishing and distribution platform based on AI and blockchain 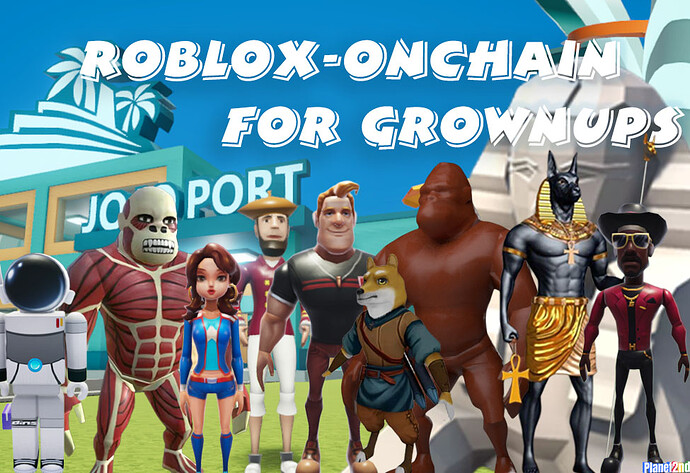 Test the Studio software by developing a game:

How To Onboard Millions Of Users Onto Tron or BTTC

What is the world-class application that can onboard the next 10M web3 users? How to drive the growth of developer community and Tron/BTTC ecosystem adoption? Here might be the answer.

Increasingly, gameplay is transitioning from a form of entertainment to a form of expression. The point of the game is to make a game. Data show that Roblox has 9.5M developers and 205M monthly active players and growing. This is a big change in the game design, publishing and distribution. As more and more grown-up players and creators log into the metaverse, the popularity of Roblox-like projects may eventually rival Facebook.

However, Roblox is for teenagers. If there was a web3 project which can solve the pain points of Roblox, you would love see the potential and impact of such project on Crypto.

A game design, publishing and distribution platform, based on AI and blockchain, turning metaverse into web3 services 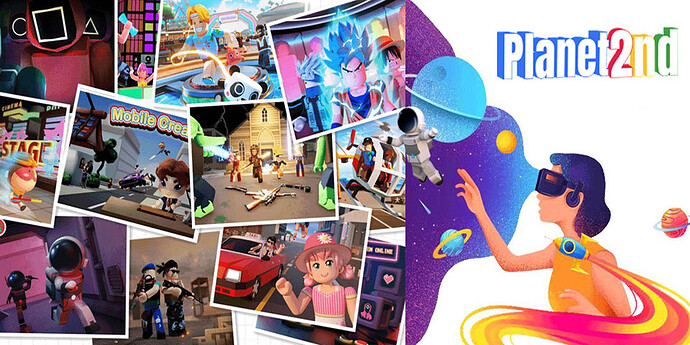 Expandable Capacity
The project’s server infrastructure supports a capacity of more than 1M concurrent players. And it is expandable.

Different Age Groups, Different Needs
Roblox is popular with younger users between the ages of 9 and 12, whereas Planet2nd targets 17 to 35 year-old. While a teenager may choose to play Pet Simulator on Roblox, an adult may prefer a social casino game on Planet2nd - powered by smart contracts.

Unlike the younger players of Roblox, the users on Planet2nd have more purchasing power. Such adult players are more likely to monetize their contributions through building games, or creating and selling in-game NFTs.

Web3 No Code Solutions
Cheap and fast micro-transactions, fast load times, a stable tokenomic model, and slick UX are critical for any blockchain game to onboard users and, more importantly, retain them.
Planet2nd provides a ready-made web3 no-code solutions to facilitate crypto payments, NFT tracking, assets transfer and sports betting—even fundraising for sophisticated games.
With just a few lines of codes, anyone is able to build wbe3 games without knowledge of crypto or smart contracts.

Easier To Master
On Roblox or Planet2nd, players can build 3D contents and simple games without any programming knowledge. However, to make more detailed, fun and original games on Roblox, players should expect to invest around 2 months of study. Planet2nd, though, only requires one or two weeks to learn.

Better Color, Avatars and Scenes
Just like Roblox and Sandbox, Planet2nd is an UGC game. However, Planet2nd delivers brighter and richer colors with hi-resolution rendering. You can tell the difference when importing the same 3d object - avatars and scenes look more energetic in Planet2nd. As well, through advanced modeling with smoothing groups, Planet2nd further reduces the hardware usage for rendering. Therefore, the scalability is improved, compared to the others.

Powerful Incentive to Game Developers
As to the incentive to developers, Roblox follows a profit-oriented model, while Planet2nd has a creator-oriented approach. To publish a game and make it popular to earn money, developers have to pay Roblox a heavy sum. On average, Roblox pays game developers 29 cents per dollar spent, whereas Planet2nd pays developers a whopping 75% of its revenue.

AI Model for NPC and Billboards
Powered by our AI model, NPCs are able to speak or interact freely with players; A billboard can predict plays’ behavioral intentions, provide information or products accordingly, or even become a tunnel between games, taking players to a shopping mall or a coffee shop.

Creator Oriented Economic Model
Increasingly, the point of the game is to make a game. Planet2nd is not only a new way of playing, but also a viable method of earning cash and creating a unique identity, while connecting players socially.

Planet2nd is completely open for players to create self-sustaining, user-generated worlds, with player-owned economies to match. To keep creators engaged and earning money, Planet2nd enables token offering for games with a monthly income of 50 thousand dollars or more, or any Kingdom or guild with more than 300 members. In addition, landowners or creators may invite friends and receive a portion of their transaction fees from the NFT marketplace.

Community-Centric
Players can voice-chat with each other when playing; Each game has its own community where players interact with team members or talk to game developers. Planet2nd is not only a new way of playing, but also a viable method of earning cash and creating a unique identity, while connecting players socially.

Decentralized vs Centralized
Different from Roblox, Planet2nd is a Distributed Open Metaverse, not owned by a single company, can not be shut down by a single individual. This is done by distributed node servers so that users can collectively secure the proper functions of the Game Engine. At the same time, Governance tokens are distributed as staking rewards to node owners.

Game Design and Publishing Platform
More than 20 user-generated games, including social casinos, have been developed and published on this platform. Welcome to try it out. Social casino and sports betting improve the rates of returning players. The testing version of Planet2nd brought in 10 thousand Daily Active Users in 60 days without any token incentives. The sounds, graphics, and feasibility of progressing through levels play their part in the game’s addictiveness.

Team and Developer’s Community
Most of the team are veterans in the mobile gaming industry. One executive officer graduated from Columbia Business School. One founding member built the mobile game I’m MT, which attracted 7M active users and earned over $16M in revenues monthly. Another co-founder owns and operates the biggest global developer online community with over 9M active users and 30M page-views per day. It is projected that Planet2nd will similarly develop a sizable community for content creators, influencers and community builders, to provide them with opportunities for growth and personal monetization.

Our team added blockchain framework to Planet2nd web2 platform in September and October 2022. This project has been sufficiently modified since then. 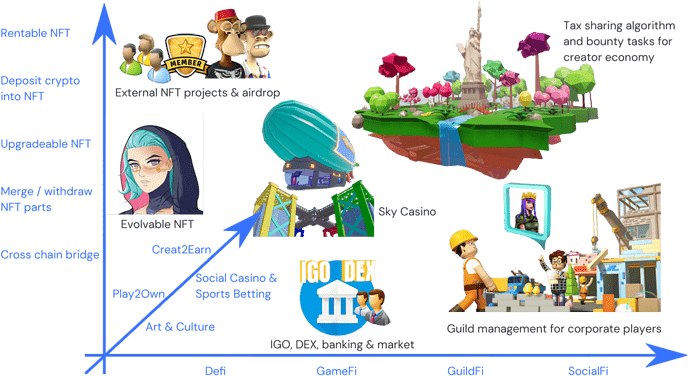 This post was flagged by the community and is temporarily hidden.

Nice project, will be amazing to see it to the next stage

Great the Roblox keyword attracted me because my nephews like playing this game and I pay for them to change their avatars but they earn nothing in return. So I am happy to see this
Keep building

Thank you, please feel free to drop me a line at seigneurguild@gmail.com in case you have any question in your journey on planet2nd. Enjoy

If there are some details that R can not satisfy you, please let us try. We hope to help your nephew find a more attractive avtar and earn on our platform. I am ready to answer your question here at any time

Welcome, please let us know if you need help

Alright I will when the need arises

available for Android, iphone and PCs

It’s on BTTC network already, will be deployed on Tron soon.

It’s time to reshape the economics of game design and distribution.

cant wait to play it

Welcome to join us

When will there be a test ride for iOS users.
Would want to try it out on my phone. Thank you

Thank you for your inspiring words.