Flynn, Integrate web3 to the game without web3 knowledges

Project Goal: The world of Web 3 is a new reality. Our goal is to help and simplify projects as much as possible in their transition from the world of Web 2 to Web 3.

Project Info: The idea came from creating our products and interacting with Web2 companies, that are interested in the world of Web3 but have no expertise or understanding to move their products to new heights. We had the idea, what if we will create a product that can make the process of moving to Web3 simple and clear? Read more about: Flynn, Web2 to Web3 Gamefi integration tools.pdf - Google Drive

The idea came from creating our products and interacting with Web2 companies, that are interested in the world of Web3 but have no expertise or understanding to move their products to new heights. We had the idea, what if we will create a product that can make the process of moving to Web3 simple and clear?

We can divide Flynn tools into the following services:

How we built it

We have been forming this idea for a long time and implementing it in our projects. When we discovered the hackathon, we decided to challenge ourselves and create the MVP product in a week. We shaped a team of IT and Web3 professionals to create a platform demonstrating to you that developing Web3 projects is rather simple. It will also allow you not to stuff your head with the complexities and challenges of blockchain technologies!

Challenges we ran into

One of the main difficulties was the question: How to provide a set of tools, that would meet all the possible requirements. We don’t intend to create a new almanac on thousands of lines of documentation but strive to give all basic advantages and abstractions from the world of blockchain. And then we shaped the concept of Managers and Bridges tools. The one allows controlling the main abstractions of the blockchain as simply as in the CMS, and the other allows players/users to blockchain their assets, or vice versa to bring their assets from the blockchain into the product.

The second challenge was to create a program, which could organize the conducting transactions on the blockchain backend. Operations such as input/output of valuable resources should be atomic and reliable. To do this, the concept of a fault-tolerant transaction service was implemented in a blockchain with detailed logging of information. We call it Wallet Service. At the MVP stage, we don’t release this tool trying to avoid complicating the implementation ideology.

Also, one of the main problems with working with TRC721 is getting the user’s “inventory”, because the standard does not provide the methods to get all tokens that the user has. We create the tool to solve this problem. It indexes transactions on tracker tokens so that all NFTs are displayed later. (method/v1/erc721/inventory).

As a result, we created a lightweight service for asset interaction from the blockchain world as simple as working with CMS.

Blockchain should be understood and should not frighten developers.

What’s next for Flynn tools

For increasing the transaction bandwidth we will create multi-wallet support for one account.

Thanks! Our main goal to make web3 game adaptation as easy as possible! Everybody should move to metaverse!

Looks great, do you have a devpost? I think there is a template that people use on the Forum.

Yeap, we have DevPost, there is a link to it: Flynn, Web2 to Web3 Gamefi integration tools | Devpost

Updated project description, now you can watch a video or try it our by yourself! 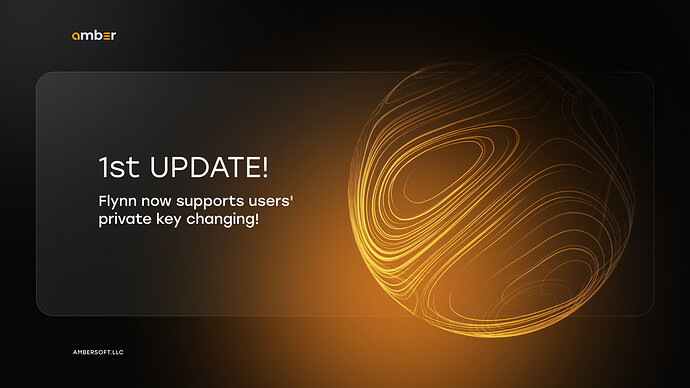 Flynn is growing and we are adding some new features!

Flynn now supports users’ private key changing. You won’t lose your contracts and now you can change your key on the site!

If you change your key:

Our web3 integrating system will evolve over time. Stay tuned as we will share new updates as soon as possible. 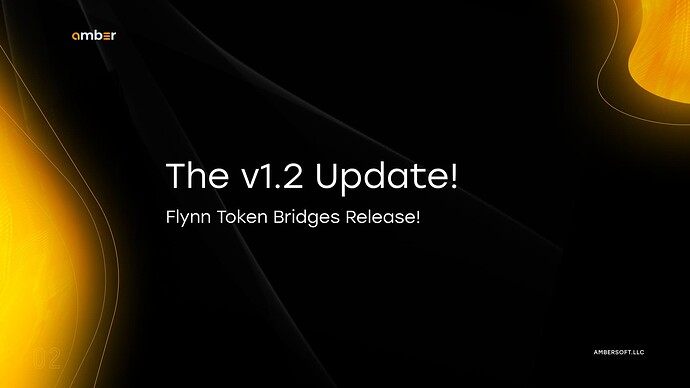 Say hello to our 2nd UPDATE!

To start with, we are proud of our amazing community for all the support they have given us. We are developing Flynn for you!

Flynn now supports the Token Bridges. This means you can create Token Bridges for your blockchain assets from your contracts. One admin’s account could be synchronized only with one Bridge of each type. (ERC20, ERC721, ERC1155) Later, you could transfer between blockchain and game your NFT and currency with a help of Bridges.

You already can create a Bridge in Web2<->Web3 Bridges page.
Now our team is working on developing the Client launcher for players. Stay tuned and don’t miss new hot updates!

Thank you man for your support, we are going to develop and move this project)

When you look at such projects, you understand that the future has already arrived. I’m with you!

One of the most important will for us, is to adopt Web3 technologies in Web2 world

Please like the project itself, if you found it interesting, to move it up and make it more conspicuous!

@Daniil Thanks for your support, man!

@Daniil Thanks man for your likes, I’m appreciate it!

Is the token going to be bridged (and the total supply shared between ethereum - polygon - bnb chain - tron)?

Yeap, it’s going to be bridged and can be multichained, not only erc20 but also erc1155 and erc721, cos we are working with game backend as broker, so you can transfer your asset from one blockchain to the game, and withdraw to another, like CEX works

Are we able to trade our ThankX tokens on SunSwap? Also, will the ThankX token fluctuate depending on the price, so will redeeming prices change?

yes, if you created your token in Flynn, it’s full trc20 token, you can trade and use it in any defi tools and use it as common trc20.

Services like this will be important for web3. Wish you the best in making it happen.